A Little Night on the Town 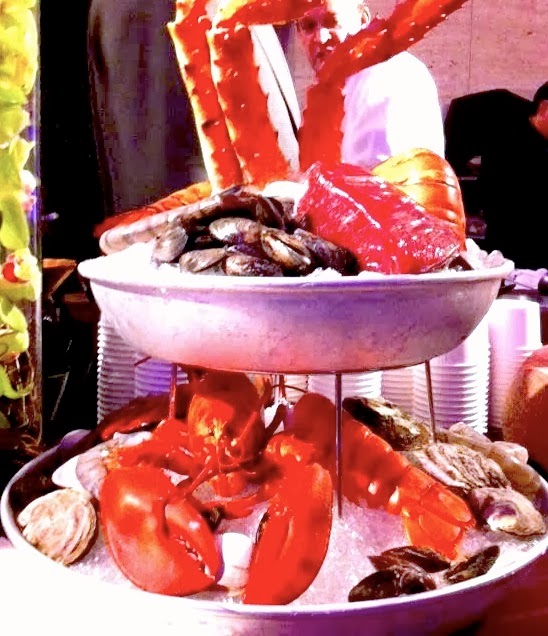 Sometimes you just don't feel like cooking. Living in one of the nation's fattest cities means there are roughly a million choices for dining out. I was lucky enough to get invited to the kick off event for Chicago Restaurant Week. The First Bite Bash was Thursday night at Union Station in the Great Hall. You know, the place where Julia Roberts says "that still makes me fungus" in My Best Friend's Wedding. Interesting enough, I met a woman at this event who owns the boat on which Julia Roberts has her "pass you by" moment.

This was basically like a classy buffet with an open bar, in tiny form. The rather steep ticket price of $125 per person went to charity, but if you have a crappy blog, you can get your way onto a media list and gain free entrance. It was set up like a school science fair where participating local restaurants showed off their best goods. It was a little overwhelming and at times I felt like a tool taking pictures of everything I was eating. I tried to narrow it down to my top five things, or at the very least the top five things I could remember enjoying. Needless to say, I ate myself sick. 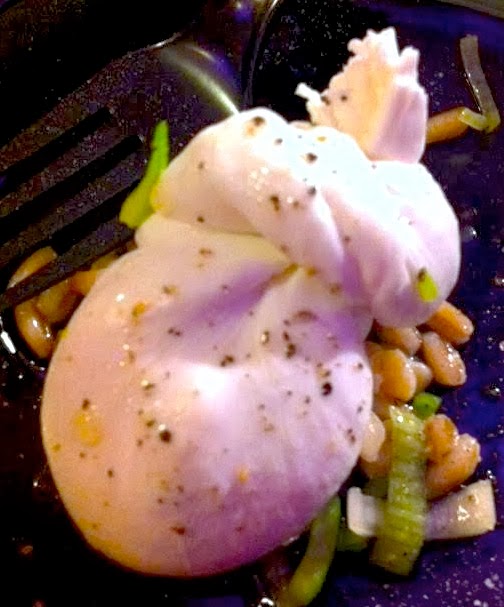 This testicular looking delicacy is called Fior di Latte. It was a quail egg wrapped in mozzarella cheese. I'd never had a quail egg before, but it sounded fancy. It was delicious, and I normally don't care for soft boiled eggs. I probably wouldn't have had a second one, but the presentation alone on this was impressive. If you haven't tried Quartino in the River North area, get there. It's romantic, affordable and big enough that you don't have to wait long for a table. 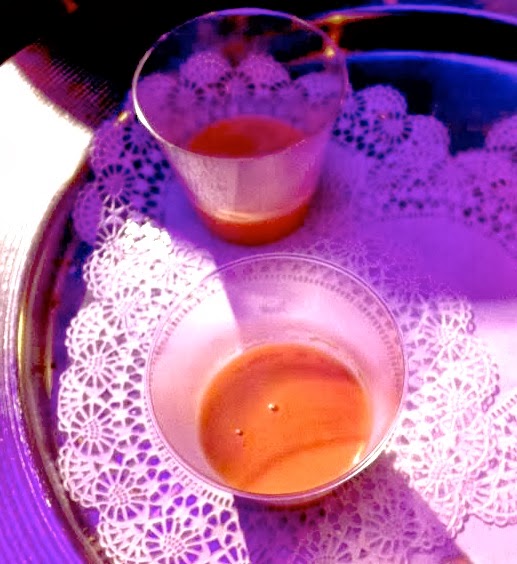 I've never been to this downtown steakhouse. This sort of dining experience rarely appeals to me, but put lobster in anything and I'm into it. There were a few other lobster bisque shooters here but this one was by far the best. It wasn't super thick nor was it overloaded with old bay seasoning. You could actually taste the lobster. I feel a little bad about choosing this one over Devon's if only because I made friends with the girl who was working their booth. 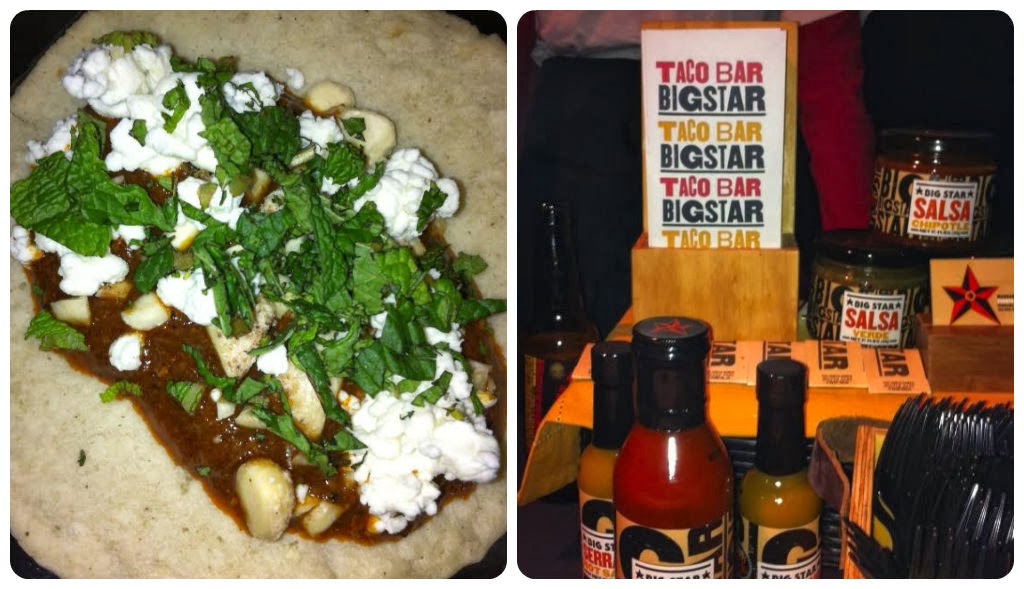 Even at this event you had to wait in line for a taco, thus proving that you will always have to wait for Big Star. It's okay because they have the goods to back it up. This Mole Almiendero de Borrego was definitely my favorite thing of the night. It was an almond based mole sauce with cherry flavors over chicken with fresh mint and goat cheese on top. It was nice to see Wicker Park's Big Star there representing the quirkier neighborhood restaurants that make Chicago a unique city to eat in. Impress your out of town guests here instead of the tacky Eataly stuff. 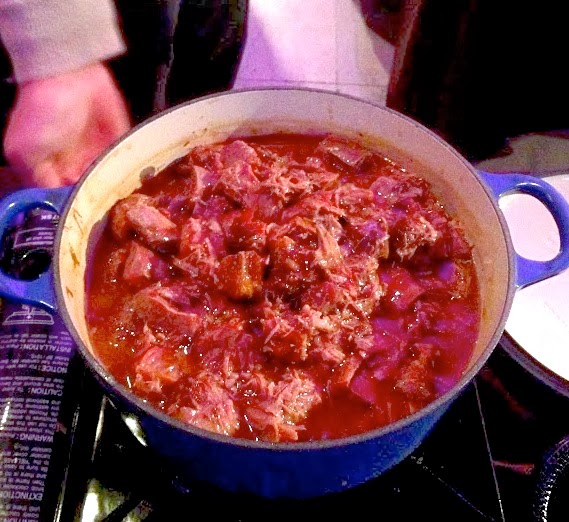 There were a lot of braised meats here, so I was in heaven. Bistrot Zinc brought out cider-braised pork cheeks. I couldn't get enough of this. Ordinarily, I am skiddish about things like cheek, face, belly etc. I just don't like visualizing what part of the animal I'm eating. This little gem of a French bistro is a Gold Coast mainstay. It's one of the most frequented French places in the city because it's accessible and adorable. Come here in the summer and drink wine while watching passerbys from their big, open windows. I also loved their enameled cast iron display here. I can't recommend this place enough, especially with Valentine's Day just around the corner. 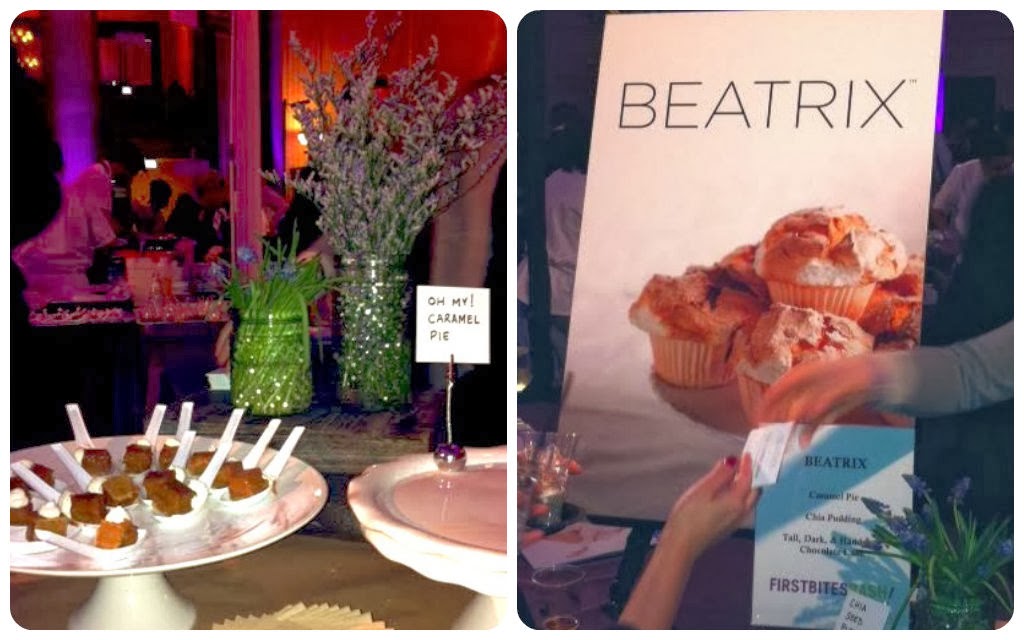 Dessert was a popular course at this event. I did my best to hold off on the sweets but this booth made it impossible. The caramel pie was clearly very popular. I had three, but really I had four. They were also giving out free coffee drink coupons, which my date scolded me for throwing away. While I think this is technically a Lettuce Entertain You restaurant, there's something better going on here than say, Petterino's. Stop at this River North cafe-style restaurant for espresso and caramel pie after a long day at the office. Since this is my blog, I can put up as many pictures of myself as I want. I had a lot of fun at this event, and if I weren't sure everyone would be really bored, I'd keep listing pictures and restaurants. As a home chef on a budget, it was nice to be able to eat my way around the city and try places and dishes I probably wouldn't have otherwise. Also, since I didn't pay to attend this event, I feel like I had to sing for my supper. Restaurant week runs through February 6th. Check out the websites of your favorite restaurants to see about special prix fixe menus. Quit your bitchin' and get outta your kitchen!
Posted by John J. Accrocco at 2:11 PM