Thanksgiving Side By Sides - Part 1 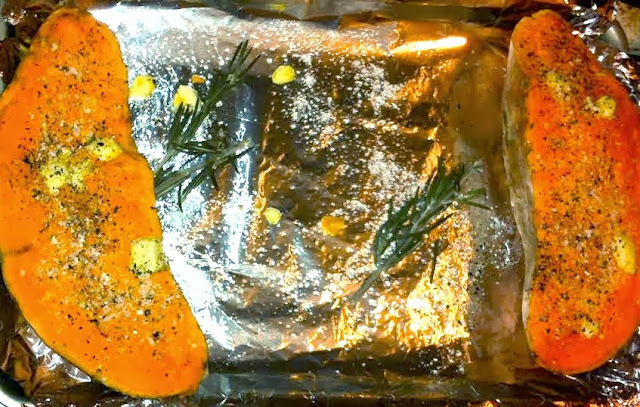 Nothing kills your Thanksgiving buzz quite like a vegetarian at the table. Not to worry, as long as the side dishes hold out, everyone can be happy, sort of. I'm not crazy about sweet potatoes, but I discovered this interesting method in a Southern cookbook a few years ago. I've even converted some sweet potato haters with this savory little gem. I make these all the time because they're cheap and easy. Sweet potatoes, unlike baking potatoes, are actually pretty good for you too. If you're fortunate enough to have two racks in your oven, pop these babies in about an hour and a half before you take the turkey out.

The best part about this method is that the rosemary will get crispy beneath the potato while the potato blackens. You can't really fuck this up, so don't worry. Also, if you're short on rosemary you can use thyme too, it won't get crispy but it does the trick.

Step 1: Set oven to 400ish. Line a baking sheet with foil, a little olive oil and course sea salt. Set down rosemary sprigs where you intend to place potatoes. 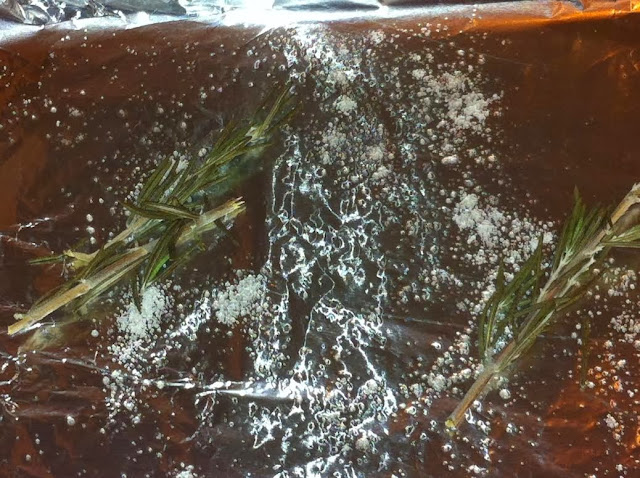 Step 2: Stab potato all over with a fork. Cut (or widdle if your knives suck as bad as mine do) sweet potatoes lengthwise. 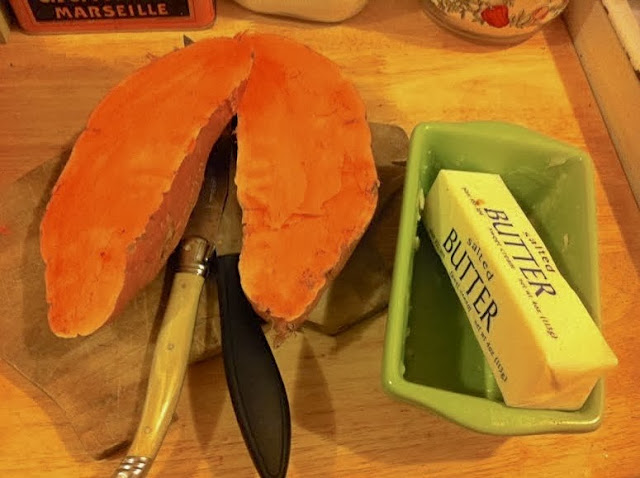 Step 3: Score the exposed tops and then slather with butter. You can't put too much butter on there. In fact, put a few little flecks right down on the baking sheet. Sprinkle whatever other seasons you like on the potato tops too, they'll need it. Place halves orange-side down onto rosemary and roast for an indefinite amount of time. Once they start oozing, you're good.