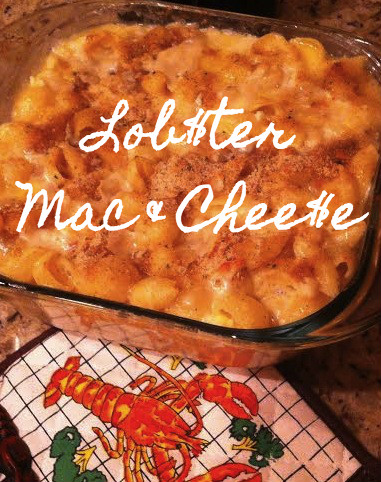 Every once in awhile the master of dark desires gives us a reason to dress up, like a birthday or a funeral. In this instance it was my 27th Birthday. 27 is a really special age for artistic geniuses such as myself. Janis Joplin, Jimi Hendrix, James Dean (not the porno actor) and Kurt Cobain all tragically died at this lucky number, often referred to as the "Twenty Seven Club." I one time wrote that in a birthday card to my best friend on her 27th birthday....and then she told me she had to have a biopsy on her boob. I felt like an asshole, but she ended up being fine.

Assuming I'll probably die of an overdose this year (an overdose of 80s pop music and Halloween candy) - I figured if this is my last birthday I wanna eat the best possible thing I can think of. Hence the Lobster Mac n Cheese. About a month ago I was strolling through the grocery store and I saw lobster tails on a very good sale. Marked down seafood is probably suspect, but I had just quit my job and this seemed like the master of dark desires giving me a sign to spend what little money I had left frivolously. I looked at my half price lobster as an investment, so I stuck them in the freezer for a special occasion. 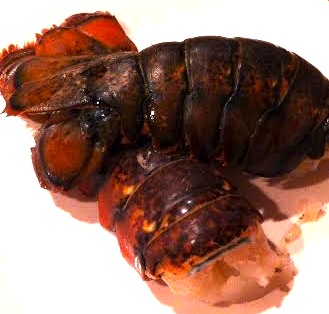 If you've already spent good money on lobster, don't cheap out on the cheeses... 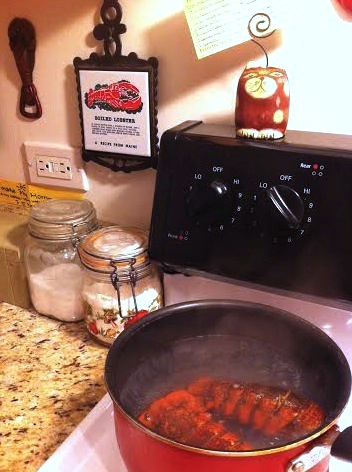 Step 1: Boil lobster tails for about 3-4 minutes in salted water. Let cool and remove meat from shells. Pre-heat oven to 425. Toss a few foil-wrapped cloves of garlic in the oven and roast until very tender. 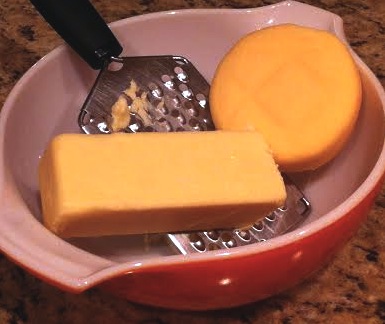 Step 2: Shred cheeses and start making roux. In a sauce pan, heat cream, milk and butter. Once the butter is melted and the cream is hot, add cheese and stir. Squeeze in garlic and season with salt and pepper. Let sit on the warmer and stir occasionally. Boil and drain pasta. 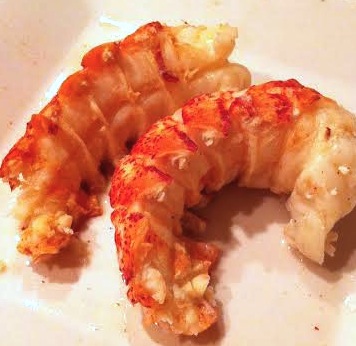 Step 4: Cover top in a light dusting of breadcrumbs. Add a few butter pats. Throw on some shredded parmesan if you wish. Cover with foil and bake 25 minutes.