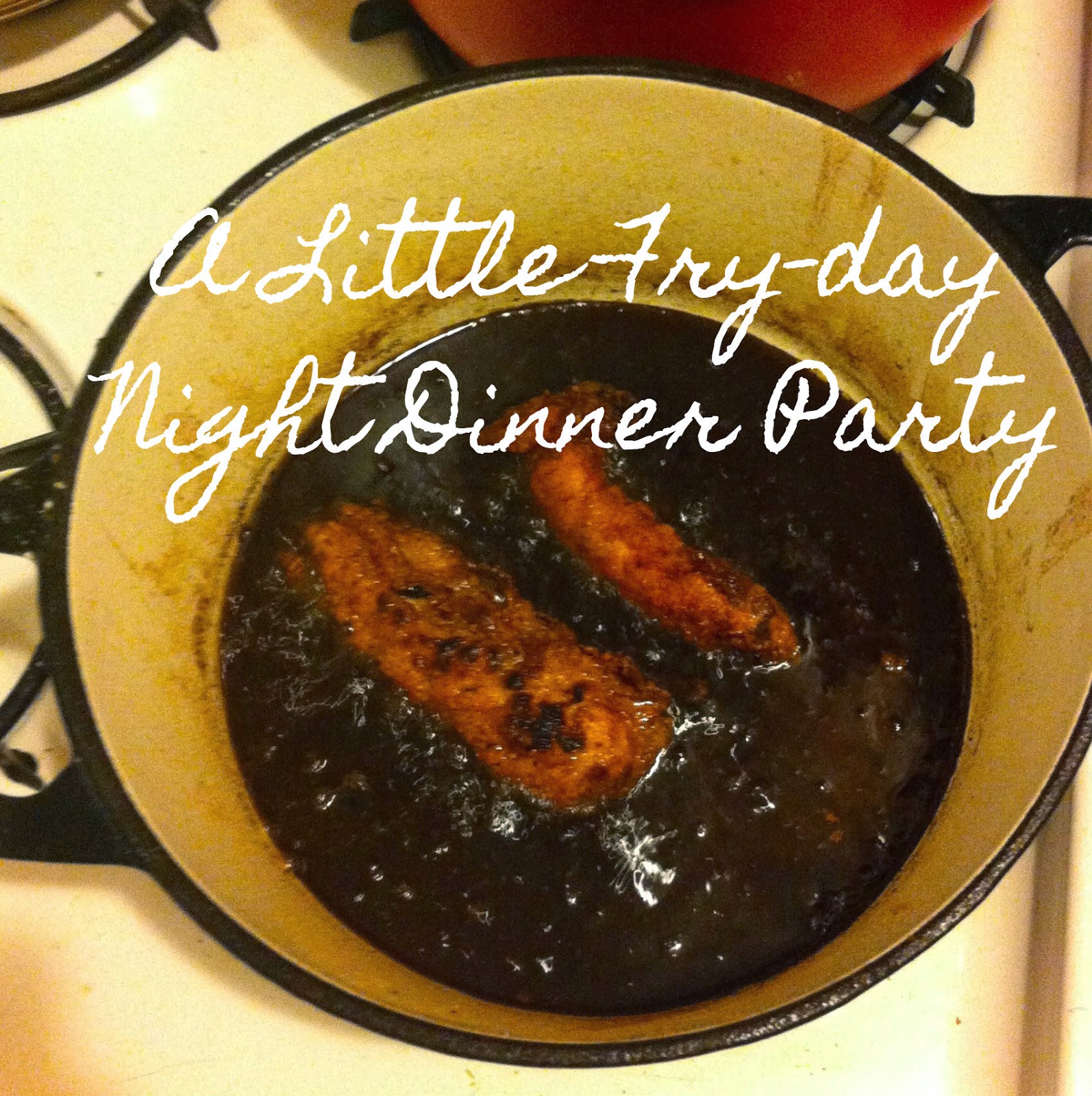 You'll all be happy to know I am now among the ranks of the employed. For those of you who've accompanied me on this arduous and emotionally unstable journey, as well as those who've held my hair back while I puked or wiped away my tears of rage, this one's for you! While it's been nice cashing those unemployment checks and feeding myself with the Link card (jk, they rejected my application), I don't think I'll miss the long empty days of over-masturbating and meticulous detail cleaning, nor will I miss the hours I sat going blind looking at job listings. The new gig really gets me: crafting full-time now ya'll. That isn't supposed to sound as Portlandia as it does. It's a nice feeling, having income again. So I thought, it's time to celebrate and drink for pleasure instead of necessity. 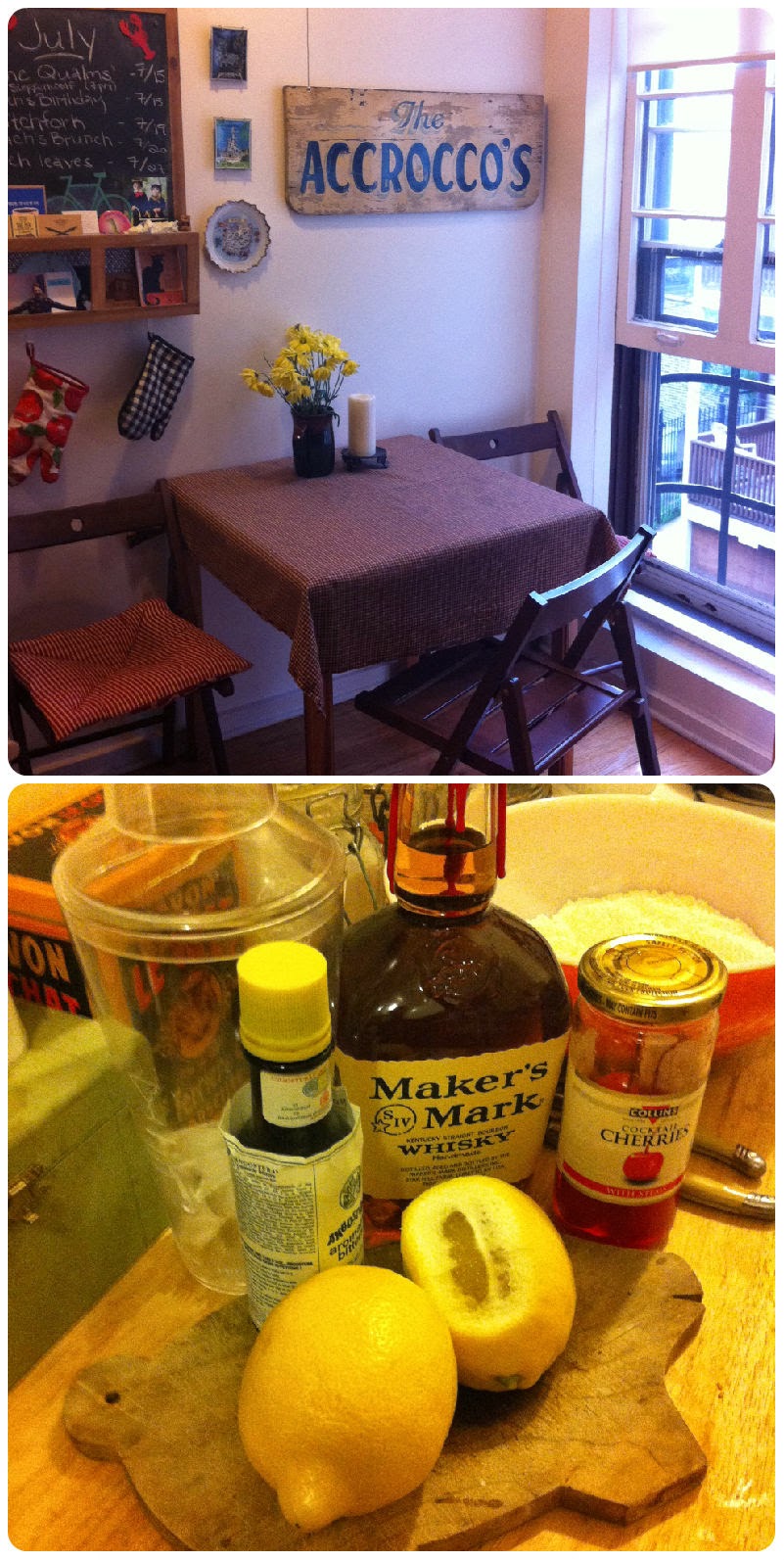 Welcome to my home. Pull up an Ikea folding chair! Let me pour you a Whiskey-Sour. I don't like whiskey either but that doesn't mean I won't drink five of these. Let me put on my new (old) Judy Garland record I just bought. Yes, I know it's a studio but that doesn't mean there aren't divisions between the kitchenette and the dinette, so keep yourself outta my kitchen. I need to move. 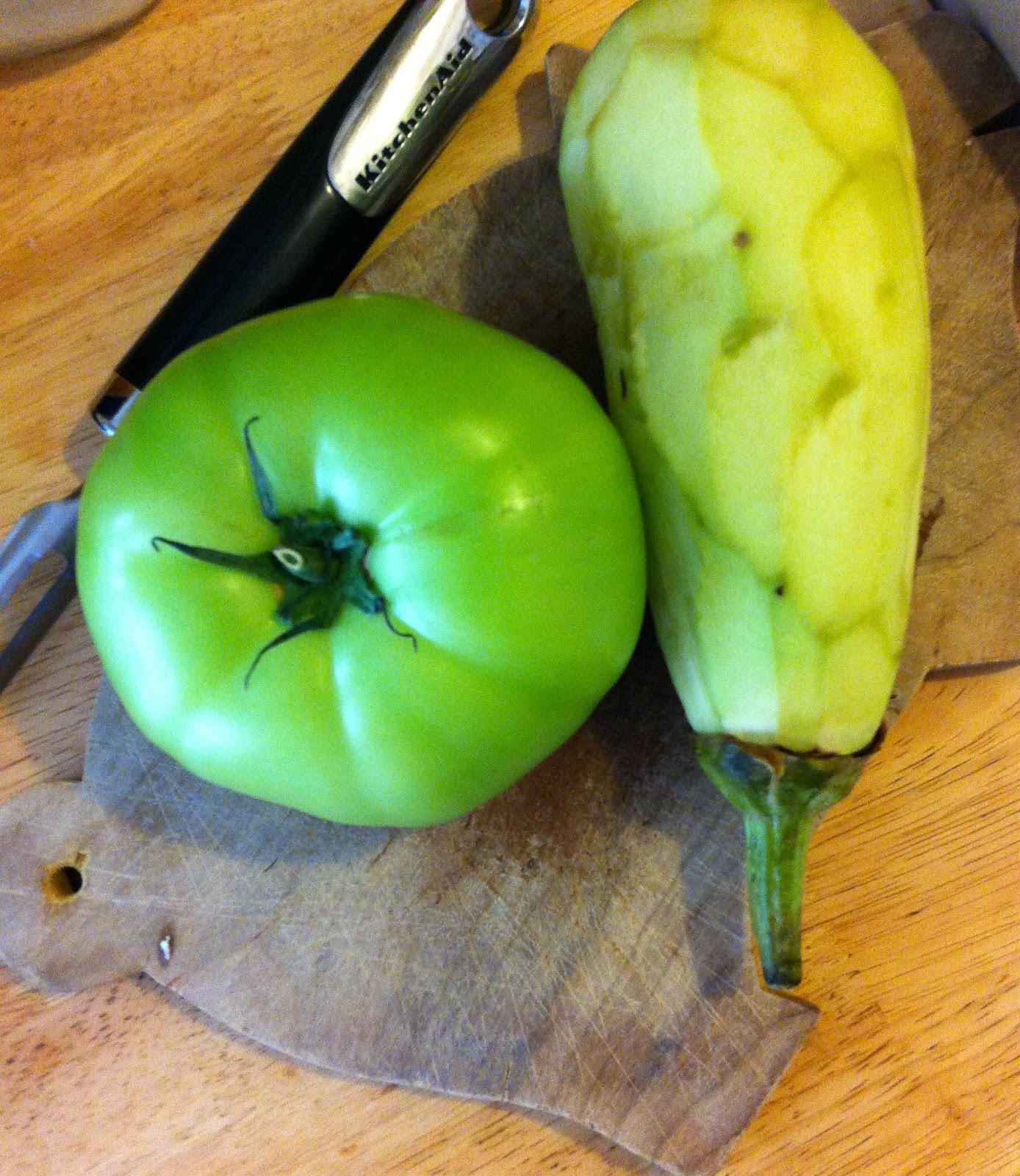 When I celebrate, I like to be bad. That means lots of sugar and lots of fat! I like to celebrate everyday, regardless of the occasion. Frying stuff is not nearly as complicated as most would have you believe, it's just the clean-up that's a bitch. Be prepared, you'll be finding oil in all sorts of places...Whenever you host a dinner party these days, you're bound to have one vegetarian, so always have a meat-free option in mind. You can all start with the fried green tomatoes. For the normals, fried chicken but for that vegetarian of mine, fried eggplant. Just as good, to some. Use your biggest and thickest bottomed pot for this one. I use my enameled cast iron pot because it's easiest to clean after. Remember, you have to dump the used oil in the garbage or your backyard. It'll stop up your sink drain. 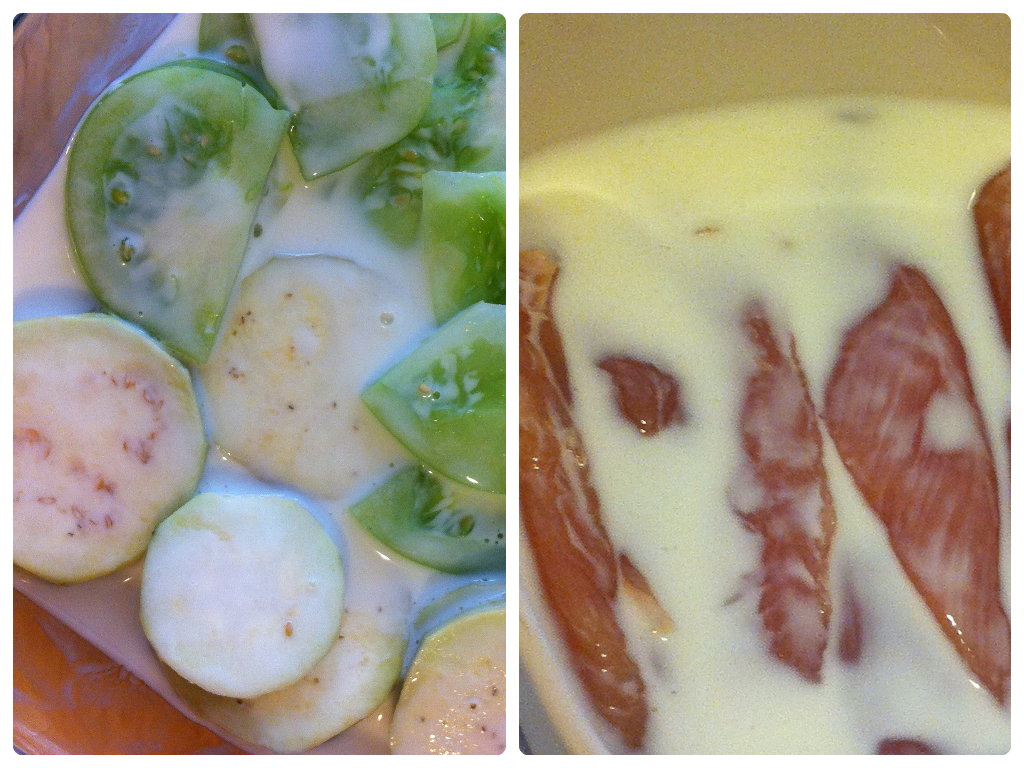 Step 1: Soak tomatoes/eggplant overnight in buttermilk mixture. The same for chicken, but in separate dishes to avoid cross-contamination.

Step 2: Line a cake pan with crumpled paper towels to receive your fried goodies. Get the oil started in a pot over high-heat.

Step 3: Mix up your flour coating with spices in a big bowl. Set up an assembly line: chicken, flour, pot, cake pan. That's your order. Test your oil's heat by dropping in a pinch of flour, if it fries to brown - you're ready to fry. 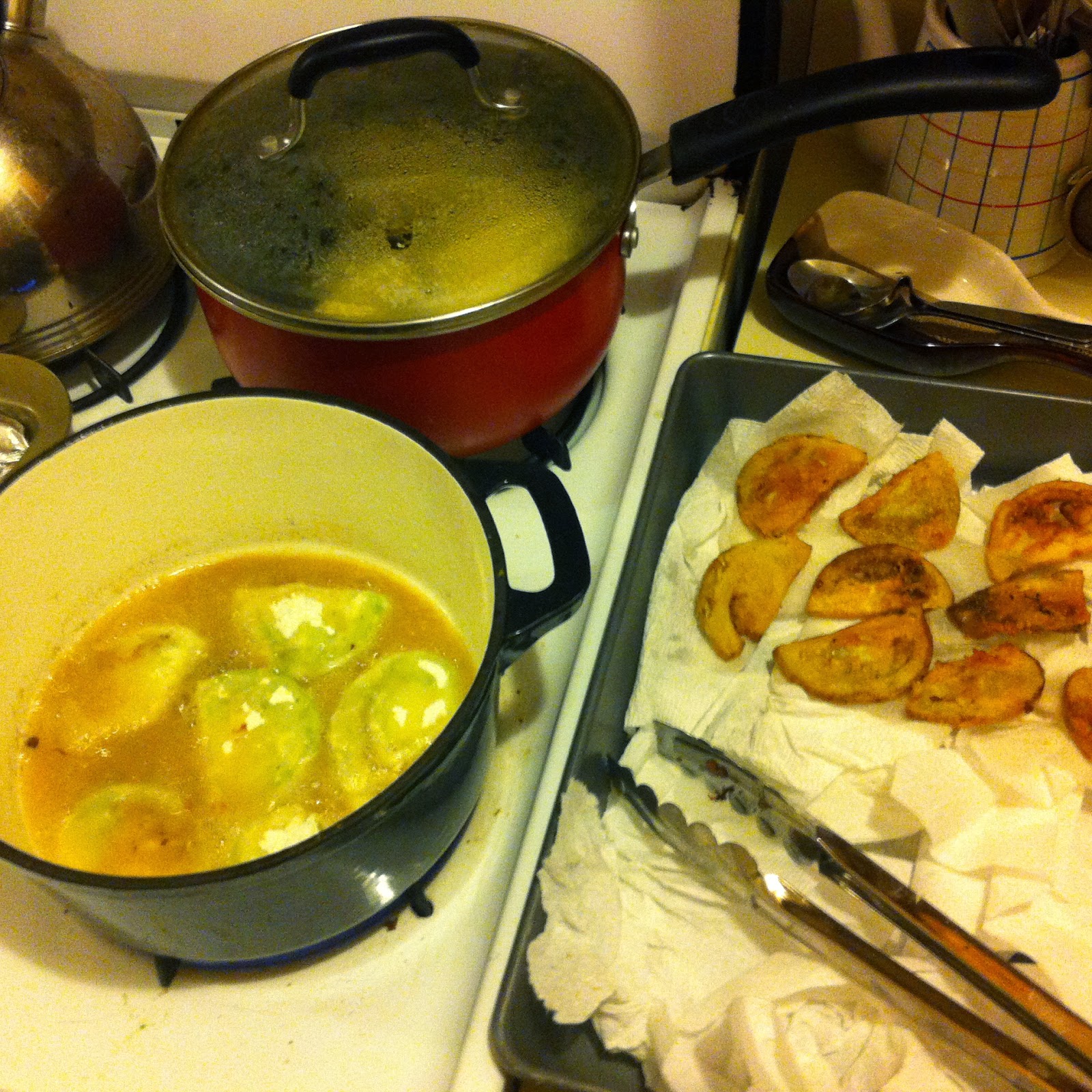 Step 4: Starting with vegetarian stuff, dredge in flour then drop in oil. Fry for 2-4 minutes per side, or until golden brown. Allow to drain on paper towels in cake pan. Serve warm.

Step 5: The same process goes for the chicken pieces. Dredge in flour and drop in oil. Chicken will take maybe 5-6 minutes per side, or until golden brown. The oil is so hot by now that it will cook the chicken quickly. Also, serve warm and with another cocktail. 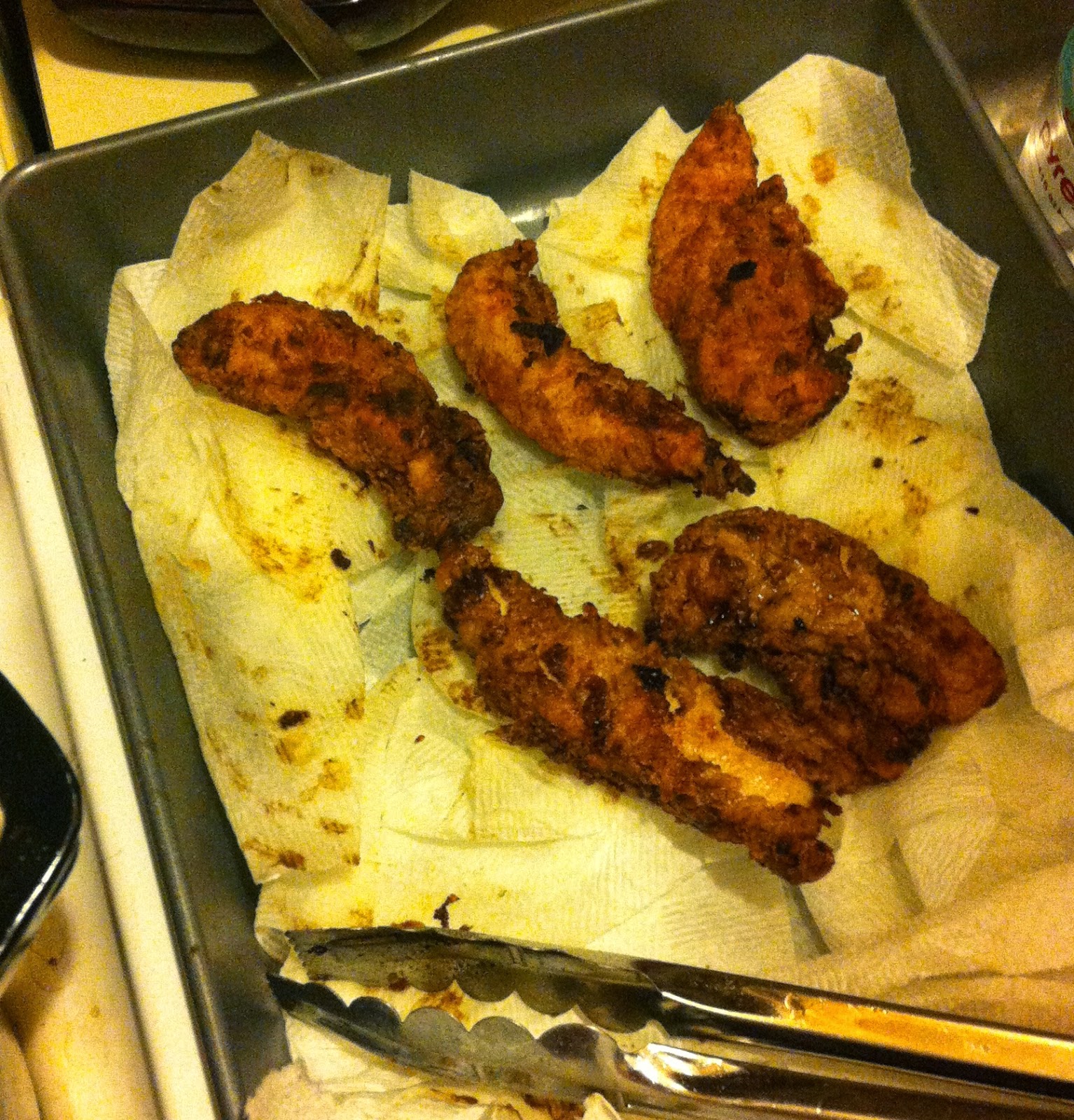