Breaking Down a Pumpkin 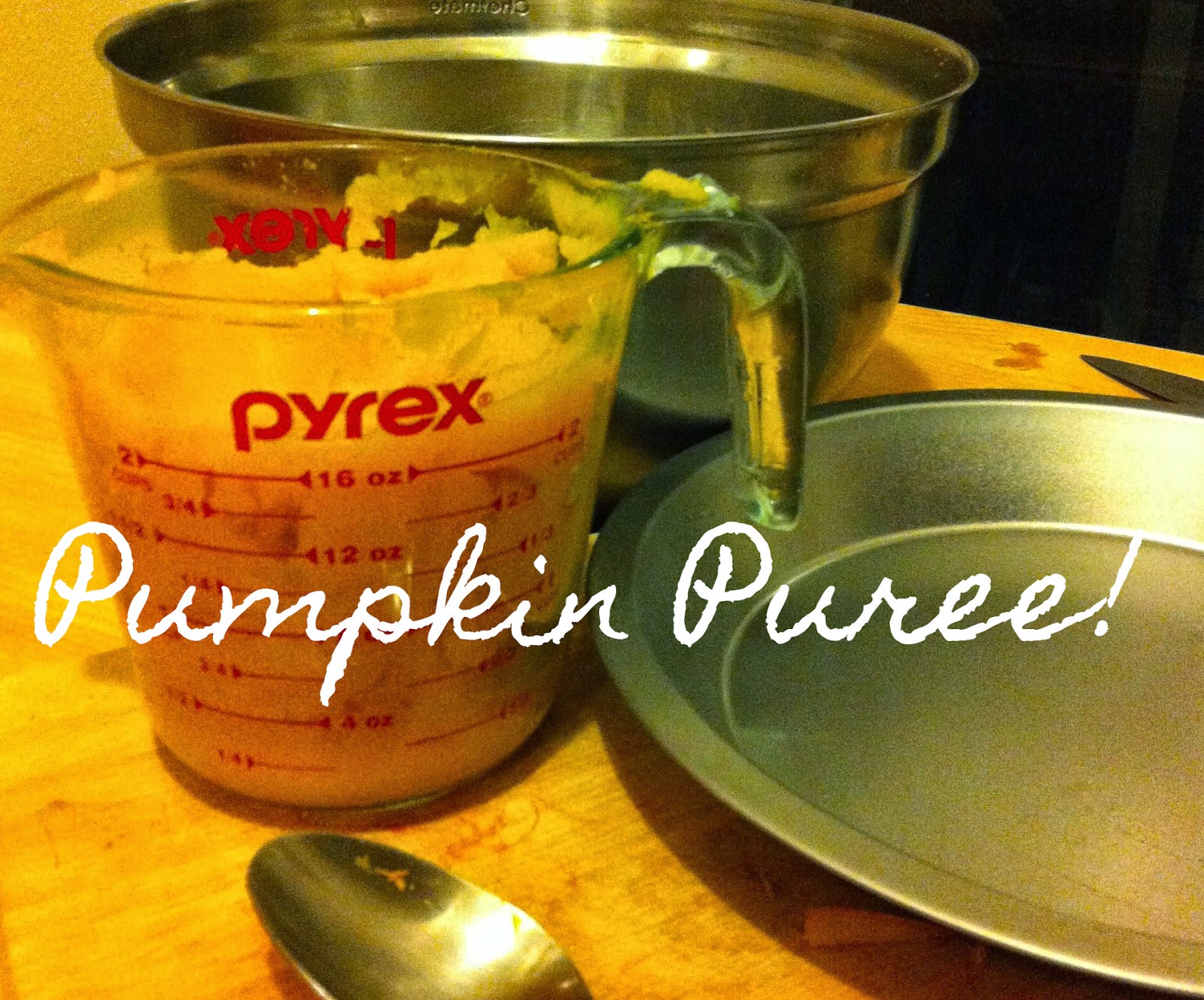 In the days of the pilgrims, they must have had a lot more time on their hands to do shit like this. I'm guessing Indians didn't have to sublet their teepees. That's right. The Little Dinner Party is moving yet again, this time to a place with an actual kitchen and more than three chairs. Between showing my apartment to Loser A and Bad Credit B - I've barely had time to cook. You might say I'll be really thankful when this apartment is off my hands.

I like pumpkin stuff, sue me. Over the years I've gone back and forth between buying the cheap can of pumpkin versus taking the time and effort to make my own. Now that I'm a busy-bee, I've been buying it canned. Does it taste different? I have no idea. One just makes you feel a bit more smug when people ask for your pumpkin pie recipe.

Most people think the pumpkin in pie is from the goo inside. It's actually the shell, peeled and cooked. Not all pumpkins are good for this. Specifically a "pie" pumpkin is the one you should use. They are usually pretty cheap, but not as cheap as a can of pumpkin. One pie pumpkin makes about two and a half cups of puree, which can be used in any recipe. 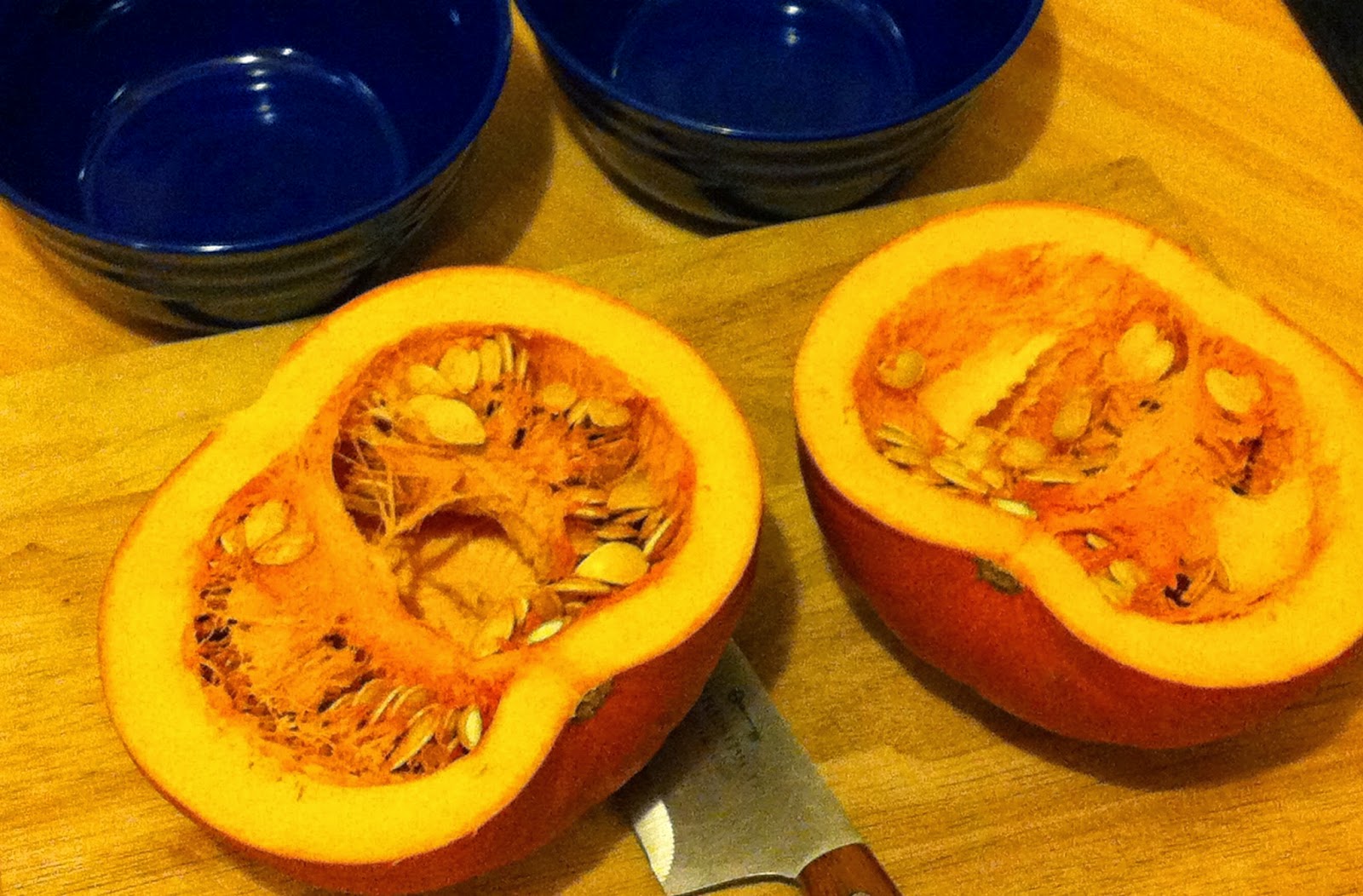 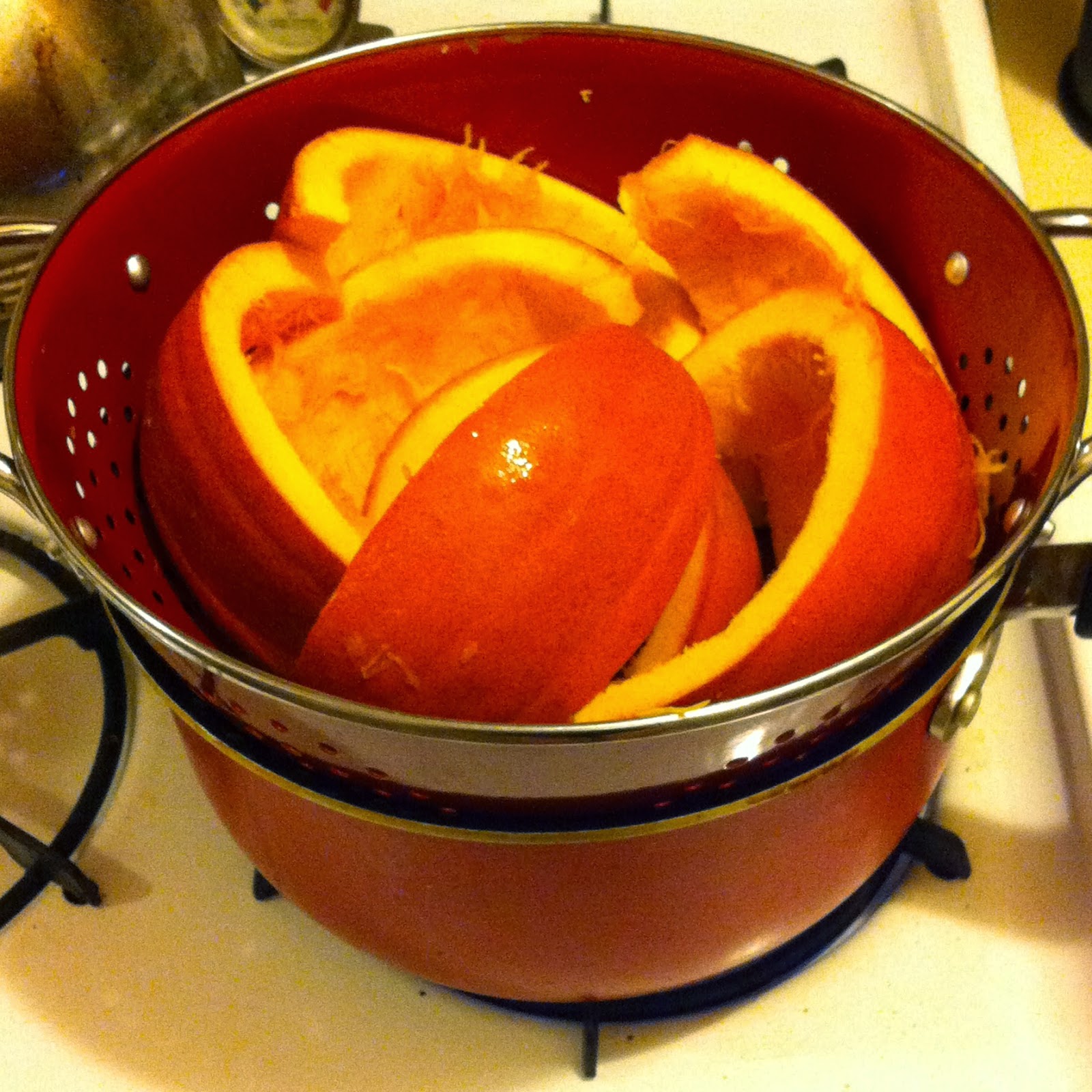 Step 2: Cut the pumpkin into half moons and start a boiling pot of water on the stove. Fill a colander with pumpkin pieces and drop into boiling water for about twenty minutes, or until your apartment kind of smells. 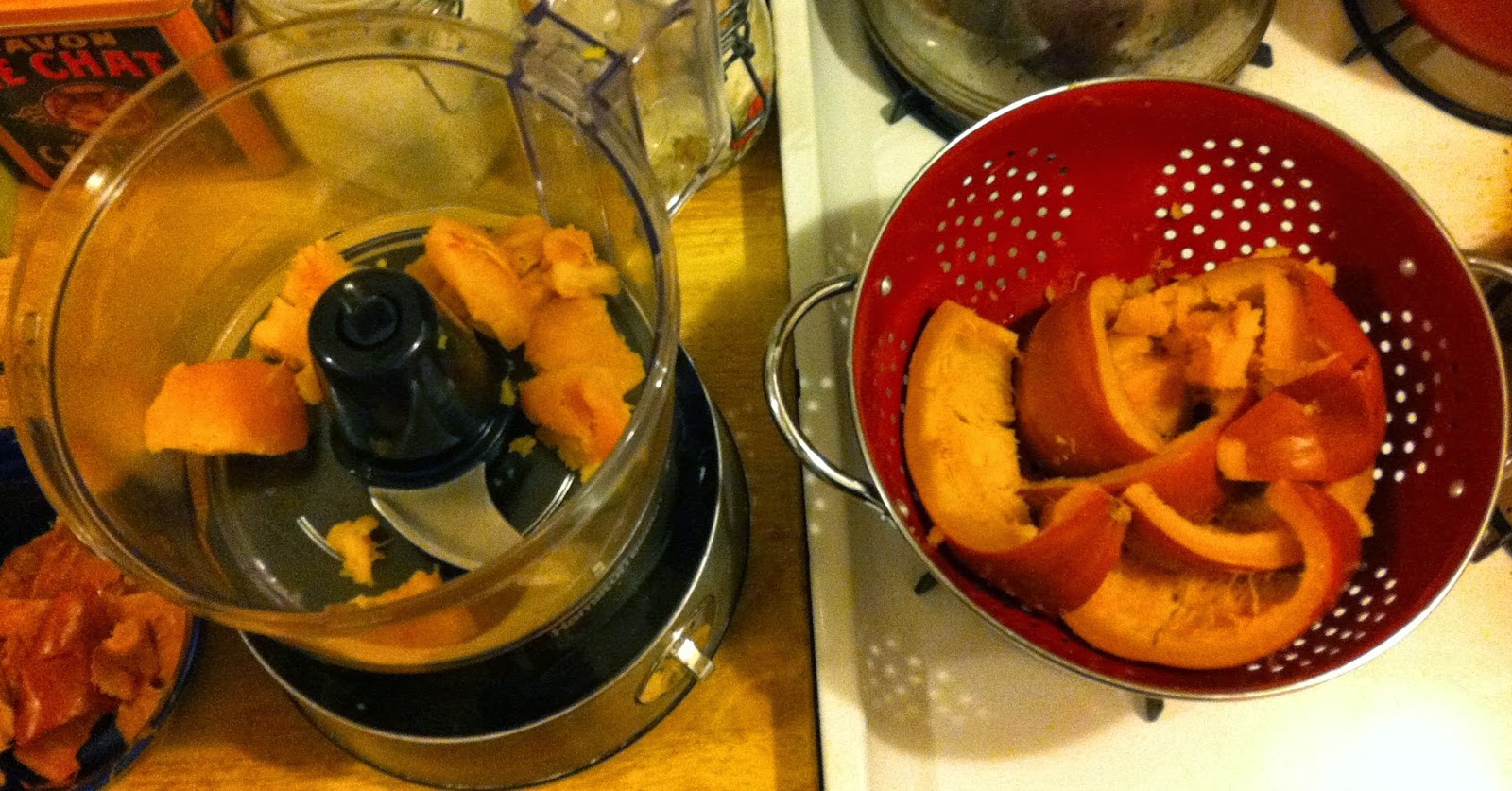 Step 3: Once the pumpkin is cool enough to touch, and even though I said cool - you'll still burn your fingers, peel the shell away from the flesh. Process flesh in a food processor. If you cannot afford a food processor, a potato masher works just as well. 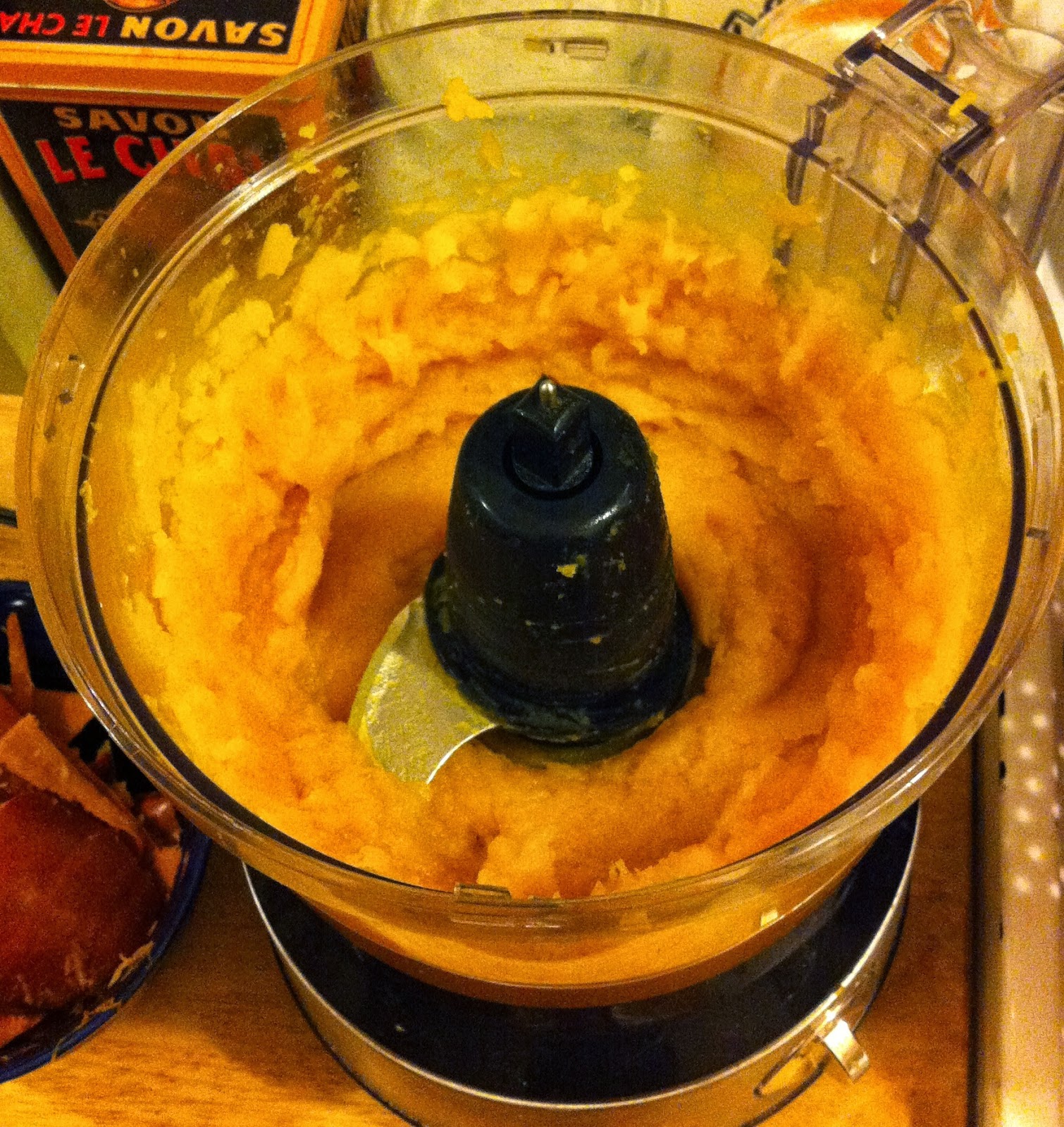